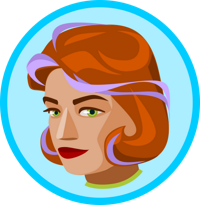 Janet is a functional and imperative programming language and bytecode interpreter. It is a lisp-like language, but lists are replaced by other data structures (arrays, tables (hash table), struct (immutable hash table), tuples). The language also supports bridging to native code written in C, meta-programming with macros, and bytecode assembly.

There is a REPL for trying out the language, as well as the ability to run script files. This client program is separate from the core runtime, so Janet can be embedded in other programs. Try Janet in your browser at https://janet-lang.org.

If you'd like to financially support the ongoing development of Janet, consider sponsoring its primary author through GitHub.

Janet makes a good system scripting language, or a language to embed in other programs. It's like Lua and Guile in that regard. It has more built-in functionality and a richer core language than Lua, but smaller than GNU Guile or Python.

Documentation is also available locally in the REPL. Use the (doc symbol-name) macro to get API documentation for symbols in the core library. For example,

Shows documentation for the apply function.

To get a list of all bindings in the default environment, use the (all-bindings) function. You can also use the (doc) macro with no arguments if you are in the REPL to show bound symbols.

You can get the source on GitHub or SourceHut. While the GitHub repo is the official repo, the SourceHut mirror is actively maintained.

The Makefile is non-portable and requires GNU-flavored make.

Find out more about the available make targets by running make help.

To build an .msi installer executable, in addition to the above steps, you will have to:

Now you should have an .msi. You can run build_win install to install the .msi, or execute the file itself.

Janet also has a build file for Meson, a cross-platform build system. Although Meson has a Python dependency, Meson is a very complete build system that is maybe more convenient and flexible for integrating into existing pipelines. Meson also provides much better IDE integration than Make or batch files, as well as support for cross-compilation.

For the impatient, building with Meson is as follows. The options provided to meson setup below emulate Janet's Makefile.

Janet can be hacked on with pretty much any environment you like, but for IDE lovers, Gnome Builder is probably the best option, as it has excellent meson integration. It also offers code completion for Janet's C API right out of the box, which is very useful for exploring. VSCode, Vim, Emacs, and Atom will have syntax packages for the Janet language, though.

See the Introduction for more details. If you just want to try out the language, you don't need to install anything. You can also move the janet executable wherever you want on your system and run it.

A REPL is launched when the binary is invoked with no arguments. Pass the -h flag to display the usage information. Individual scripts can be run with ./janet myscript.janet

If you are looking to explore, you can print a list of all available macros, functions, and constants by entering the command (all-bindings) into the REPL.

If installed, you can also run man janet to get usage information.

Janet can be embedded in a host program very easily. The normal build will create a file build/janet.c, which is a single C file that contains all the source to Janet. This file, along with src/include/janet.h and src/conf/janetconf.h can be dragged into any C project and compiled into the project. Janet should be compiled with -std=c99 on most compilers, and will need to be linked to the math library, -lm, and the dynamic linker, -ldl, if one wants to be able to load dynamic modules. If there is no need for dynamic modules, add the define -DJANET_NO_DYNAMIC_MODULES to the compiler options.

See the Embedding Section on the website for more information.

See the examples directory for some example janet code.

Feel free to ask questions and join the discussion on the Janet Gitter Channel. Gitter provides Matrix and irc bridges as well.

Where is (favorite feature from other language)?

It may exist, it may not. If you want to propose major language features, go ahead and open an issue, but they will likely by closed as "will not implement". Often, such features make one usecase simpler at the expense of 5 others by making the language more complicated.

Is there a language spec?

There is not currently a spec besides the documentation at https://janet-lang.org.

Is this Scheme/Common Lisp? Where are the cons cells?

Nope. There are no cons cells here.

Is this a Clojure port?

Are the immutable data structures (tuples and structs) implemented as hash tries?

No. They are immutable arrays and hash tables. Don't try and use them like Clojure's vectors and maps, instead they work well as table keys or other identifiers.

Can I do Object Oriented programming with Janet?

To some extent, yes. However, it is not the recommended method of abstraction, and performance may suffer. That said, tables can be used to make mutable objects with inheritance and polymorphism, where object methods are implemeted with keywords.

Why can't we add (feature from Clojure) into the core?

Usually, one of a few reasons:

Why is my terminal spitting out junk when I run the REPL?

Why is it called "Janet"?

Janet is named after the almost omniscient and friendly artificial being in The Good Place.